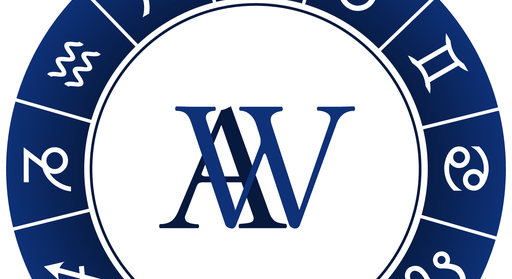 The planets give us perspective on our strengths and weaknesses.  Saturn relates to security and power.  Expansion and creativity come under the domain of Jupiter.  Personal energy and drive relate to Mars whereas Venus governs love and fine art.  Mercury’s domain is communication and discrimination.  The Moon is our personality and subconscious mind.  While the Sun can shows our soul-nature and self-confidence.

The position of each planet describes a part of ourselves.  When we are born the planets are found in a specific position in the sky.  Behind each of the planets is one of the twelve signs of the zodiac.  These zodiac signs are like a background for the planets.  The planet remains the same—its basic energy is unchanged.  However, the constellation behind it gives it an added personality.

Imagine a stage change between acts of a play.  In the first act the stage is set like a battlefield.  There is fire and smoke, loud noise and screaming.  The sun is going down.  An officer walks toward a tent where his wife is waiting for him.  He is distraught about losing so many men and his wife comforts him.  The scene is about relationship but the feeling is war.  In the next act the officer and his wife are on the balcony of a beautiful house overlooking the ocean.  They are talking about sweet nothings and musing about the past and future.  This scene is still about a relationship but now the feeling is calm and loving.  Like in the first act, we are watching a relationship but now, we feel calm and relaxed whereas before we felt restless and worried.

This is how the signs of the zodiac can change the feeling of the planets.  The scene on the battlefield could be like having Venus in Aries.  That is to say that when you were born, Venus was in front of the constellation of Aries.  The second scene (the one on the balcony above the ocean) would be like having Venus in Pisces—a fluid sign of deep feeling, sensitivity, and comfort.  Venus is the planet of relationships but its sign determines how the relationship feels and unfolds.

When the energy of all planets and their signs is mixed together and taken as a whole we get the play that is our life.  Every life is different and every planet acts in a different way for each person.  Astrology lies in being able to read and analyze the play of each person’s life—to see the motivations and personalities of each planet—which, taken as a whole, determines the direction and feeling of our life.

Practicing astrology lies in being able to understand each planet as if it were a person in a play.  All of the planets have their own agenda and some planets are able to control others based on their stronger position in the horoscope.  By gauging the power and qualities of each planet we can understand why our lives move in a certain direction.

If we hone in on which planet is driving our lives (or even one aspect of our life) we can examine the influences on it and improve its effect.